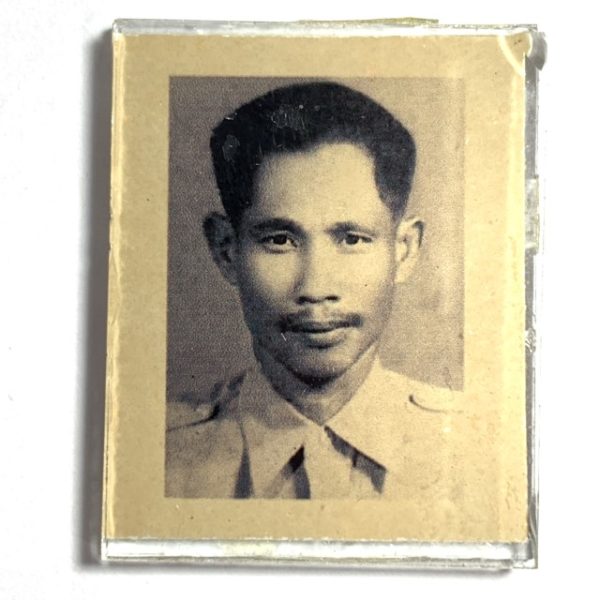 Blessed ‘Roop Tai’ Sacred Guru Photo, with Khom Agkhara Spells hand inscribed on the rear face, by the Great Sak Yant Lay Master of Yesteryear, Ajarn Tiang Nuam Mana, of Wat Tong. Ajarn Tiang Nuam Mana, of Wat Tong Temple (Wat Suwanaram), in Bangkok Noi, was a Lay Master-Sorceror who possessed many Magical Wicha, including the Wicha Sak Yant Magical Tattooing, Wicha Pong Wised Sacred Powder making, for which his powders were extremely powerful, Takrut, and Rian Coin empowerment and it is said that his mere image is enough to protect one against all harm. 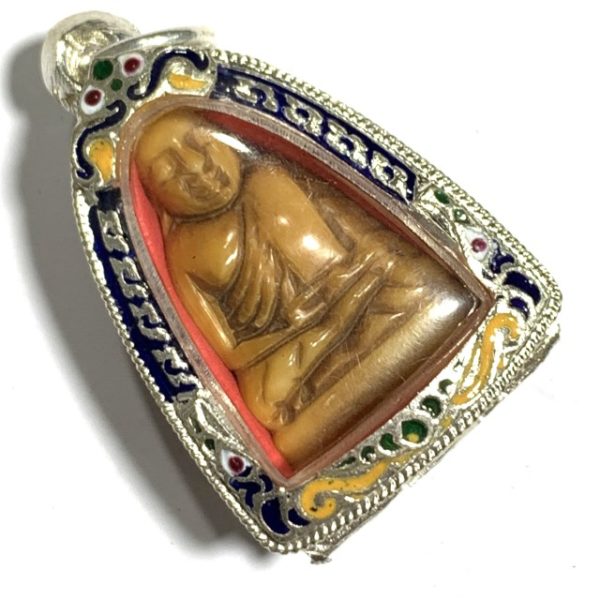 Pra Luang Por Ngern in hand carved Ivory including silver casing, with Hand inscriptions in Khom Magical Script, invoking the four elements NA MA PA TA in Khom on the base, and inscribed lettering on the back of Luang Por Ngern’s Jivara robe sash (Sangkati). A  most pristine carving, which could be from either Luang Por Ngern Himself, or Luang Por Pit (Wat Makang), but most Probably, is from the Great Luang Por Noi at Wat Kongkaram (Wat Bang Klan). There is also a possibility that it may be from Luang Por Derm of Wat Nong Po.

It is difficult to distinguish which of these Masters empowered this amulet, but being of equal status and magical mastery, for Thai people, it is not important to know exactly which master made such items and ancient hand carved ivory amulets, which are believed to contain magical power in themselves, with or without empowerment. In My Opinion this amulet is from Luang Por Noi, as this fits with the informational evidence i have absorbed of my studies of the Luang Por Ngern Pantheon of amulets. 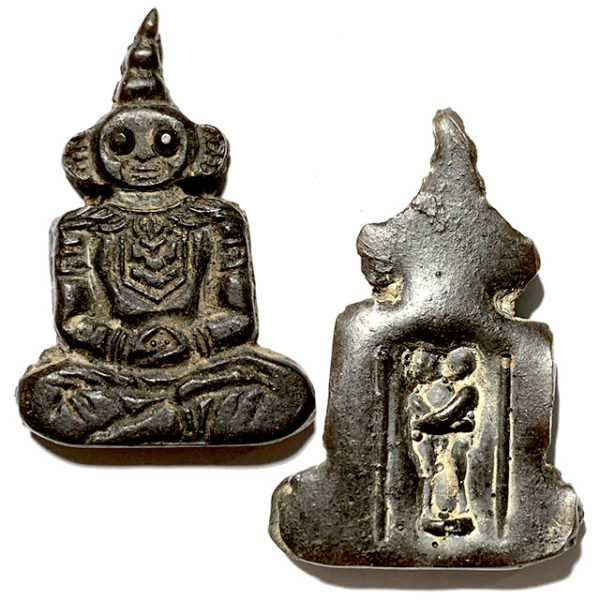 Phra Ngan Antique Lanna Amulet from around 100 Years ago, probably from  one of the Great Kroo Ba Ajarn Lanna Masters of the Time, such as Kroo Ba Nanta or Kroo Ba Chum, Kroo Ba Wang, or perhaps one of the other Thai Yai Hilltribe Related Masters of the Northern Lanna Sorcery Tradition. I (Ajarn Spencer), assume this amulet to be from Kroo Ba Chum, or Kroo Ba Wang’s early era.  This antique amulet is hand carved from Nuea Mai Payung Dam sacred black Deva Inhabited Treewood, and has an In Too Deva of Love statuette with a Takrut yantra Spell inserted into the rear face. The edges show the coarse cut of the artisan as the shape of the Phra Ngan was cut out of a piece of Mai Payung Dam.

A very old Lanna Antique Magical Animist Charm that is of high value for both Museum Curation as well as a powerful amulet for wearing, from the ancient Thai Yai Lanna Masters of the Northern Sorcery tradition, for Maha Sanaeh, Metta Mahaniyom, Siang Choke and Kong Grapan. 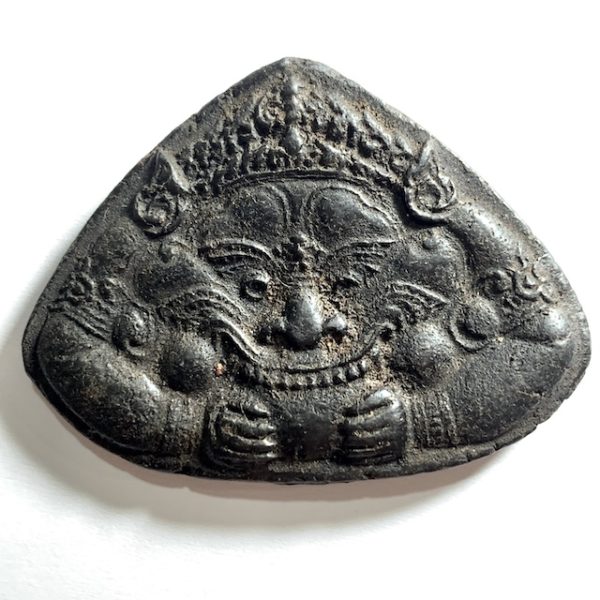 Phra Rahu Wicha Lanna Ancient Amulet of Unknown Lanna Sorcerer, in red sacred powders with black lacquer on front face, wiuth exquisitely detailed design features. I assume this amulet, judging from the masterful artisanry, red Muan Sarn Sacred Powders and lacquer, with the visible natural aspects of natural ageing, to be most probably from the Great Kruba Nanta, or if not, the Great Kruba Wang, of Wat Ban Den.

In any case, this ancient Pra Rahu Nuea Pong Jum Rak is of the era of these Masters, and most definitely from one of the leading Masters of that Era, as the highly powerful Muan Sarn Sacred Powders and design quality reveals the work of an artisan who made a very finely honed block press, which is only seen with the top masters. 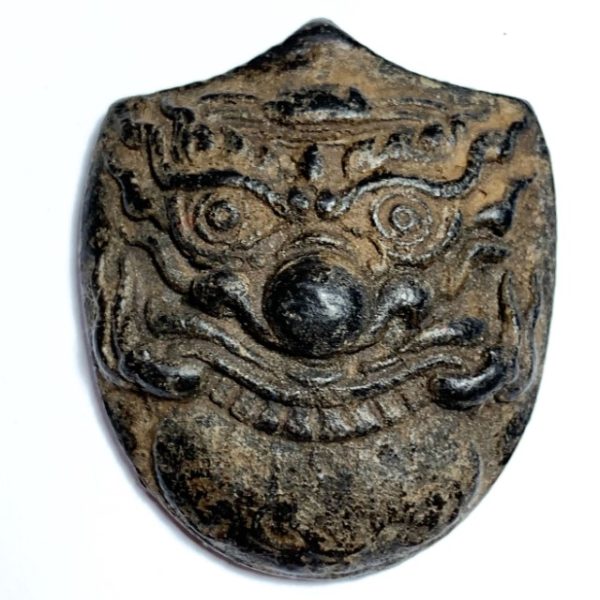 A visibly rich in Muan Sarn Kala Ta Diaw Powders, mixed with lacquer and molded into the classic shape of the Phra Rahu Asura Deva Eclipse God eating the Moon/Sun. Judging from its age characteristics and design i would estimate it to be from around the era of Kroo Ba Nanta, and suspect it could be from this master. Judging from the age, Quality of muann sarn powders and design quality of top artisanry, one can assume that whichever Kruba Monk made this amulet, was a great Monk of the Era, and the only questions is which Great Monk Made it. I will encase this amulet for free in waterproof casing included in the price for free if you choose this option. You can also email me to ask for gold casing or Line me on;