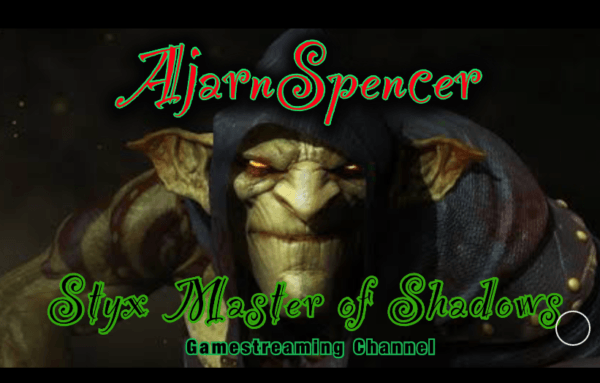 I used to be an avid Gamer, until the Playstation 3 came, and i stopped gaming in around 1997. I just restarted with this aficionado genre since my young son in Singapore is Games Crazy and very immersed in all platforms, and online gaming is one way we can communicate from afar and play together. This Game Streaming Broadcast video channel page is about Video Gaming, Online Games, Game Streaming, Game Consoles and Game Reviews, as well as some screencasts and live streams of myself playing, and how to even make money at it using various applied methods of revenue seeking through live game broadcasting, merchandising, donations, subscriptions and sponsorships, and afilliate advertising.  You will find me as AjarnSpencer on Twitch, Player.Me, Mixxer, PS4 Network, and Streamlabs OBS, in (EA Entertainment Game Website), as well as on Steam, Blizzard Entertainment (as AjarnSpencer#1803 ), and Xbox Live!

The first games i am getting into are Styx Master of Shadows, Gran Turismo Sport, and Various Final Fantasy Games, but also am playing games with my son and trying slowly to test the hundreds of games we have, such as Asterix and Obelix XXL II, Civilisation V, Rockstar Games’ amazing Red Dead Redemption 2, amongst Many other games. Platforms i use are Windows, Steam on Windows and Mac, iOS, PS4, and soon will be adding the nVidia shield, Xbox One X, and Nintendo Switch.

How to Imprism Cerberus FF Maxima

Cozumel: Shadow of the Tomb Raider Climb the Pyramid