We Think Too Much and Feel Too Little (Charlie Chaplin)

Categories: Everything Human Rights
Comments Off on We Think Too Much and Feel Too Little (Charlie Chaplin) 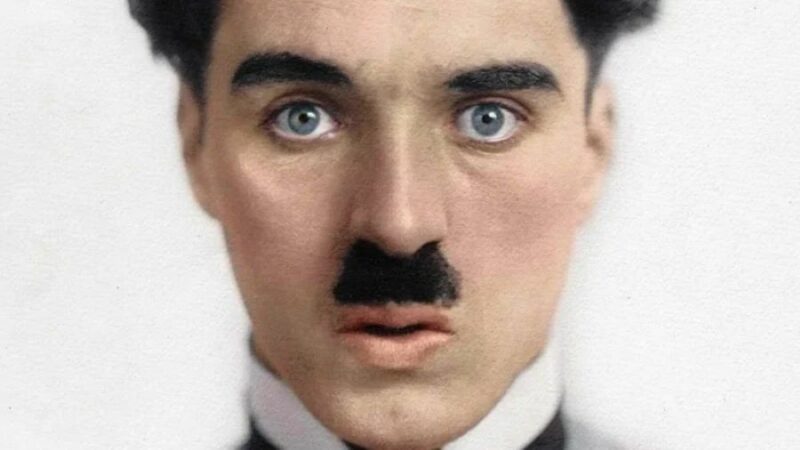 We think too much and feel too little; Charlie Chaplin’s Famous Speech on Human Rights in ‘The Dictator’

The Immortally Famous Silent Movie Comedian, Charlie Chaplin, was known for his political views, and, after the end of the silent movie era, often used his films as a platform to express them. He was a vocal advocate for human rights and social justice. One of his most famous quotes on the subject is “We think too much and feel too little.” from his 1940 film “The Great Dictator”. In this film, Chaplin satirized dictator Adolf Hitler and the rise of fascism in Europe. Through the character of a Jewish Barber, who is mistaken for a dictator, he delivers a powerful speech where he calls for peace and human rights. In this speech he talks about the importance of understanding and empathy towards others, the need to respect individual freedoms and the right to live in peace. 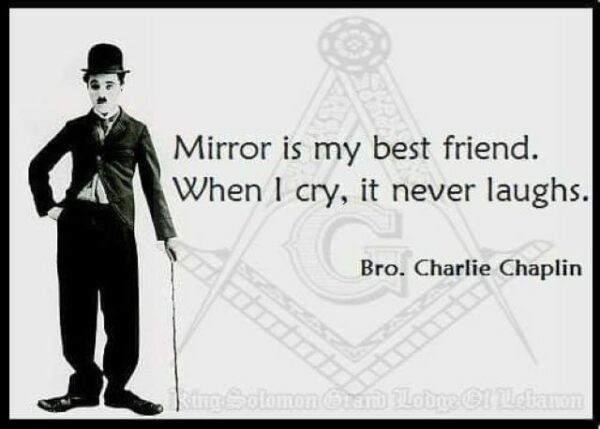 The Mirror is My Best Friend – Whhen i Cry, It Never Laughs (Charlie Chaplin – Actor, Genius, Comedian, and Wise Sage.)

As a Human Rights Advocate and Activist myself, I have always been deeply moved by the powerful speeches and messages conveyed in Charlie Chaplin’s films. One speech in particular that resonates with me is the one delivered by the Jewish Barber in “The Great Dictator.” In this speech, Chaplin calls for unity among all people, regardless of their background, and for the rejection of hatred and intolerance. He promotes the idea that the power of the people can create a better world, and the need to fight for democracy, freedom, and equality. As I reflect on the current state of humanity, I am struck by how relevant Chaplin’s words still are today. In a world where division, hate, and inequality seem to be on the rise, his message of unity and empathy is more important than ever.

Jiddu Krishnamurti, an Indian philosopher and spiritual teacher, spoke of a “crisis in consciousness” that he believed humanity was suffering from. He believed that this crisis was a result of our inability to see beyond our own narrow self-interests and to understand the interconnectedness of all things. 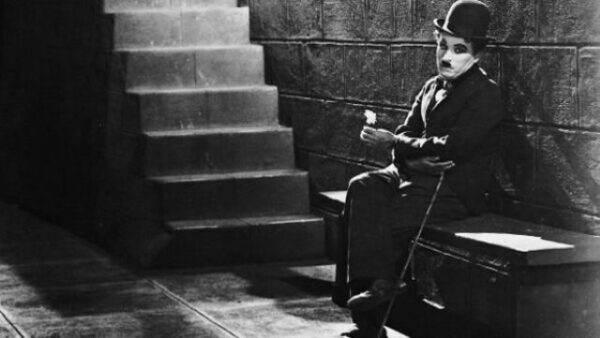 I believe that Chaplin’s speech in “The Great Dictator” is a powerful call to address this crisis in consciousness. It reminds us that our actions and attitudes have a direct impact on the lives of others, and that true progress can only be achieved when we come together as one humanity. As a Staunch Believer in Universal Human Rights, I am honored to share this powerful and moving speech with others. It is my hope that by doing so, we can inspire more people to work towards creating a better world for all.

The full transcript of Charlie Chaplin’s speech in “The Great Dictator” is quite long. Here is a shortened version of the speech:

We don’t want to hate and despise one another. In this world there is room for everyone. And the good earth is rich and can provide for everyone. The way of life can be free and beautiful, but we have lost the way. Greed has poisoned men’s souls, has barricaded the world with hate, has goose-stepped us into misery and bloodshed. We have developed speed, but we have shut ourselves in. Machinery that gives abundance has left us in want. Our knowledge has made us cynical. Our cleverness, hard and unkind. We think too much and feel too little.

More than machinery we need humanity. More than cleverness we need kindness and gentleness. Without these qualities, life will be violent and all will be lost. The airplane and the radio have brought us closer together. The very nature of these inventions cries out for the goodness in men, cries out for universal brotherhood for the unity of us all. Even now my voice is reaching millions throughout the world, millions of despairing men, women, and little children, victims of a system that makes men torture and imprison innocent people. To those who can hear me, I say, do not despair.

The misery that is now upon us is but the passing of greed, the bitterness of men who fear the way of human progress. The hate of men will pass, and dictators die, and the power they took from the people will return to the people. And so long as men die, liberty will never perish. Soldiers! Don’t give yourselves to brutes, men who despise you and enslave you, who regiment your lives, tell you what to do, what to think and what to feel! Who drill you, diet you, treat you like cattle, use you as cannon fodder. Don’t give yourselves to these unnatural men – machine men with machine minds and machine hearts! You are not machines, you are not cattle, you are men!

You have the love of humanity in your hearts. You don’t hate, only the unloved hate. The unloved and the unnatural. Soldiers! Don’t fight for slavery! Fight for liberty! 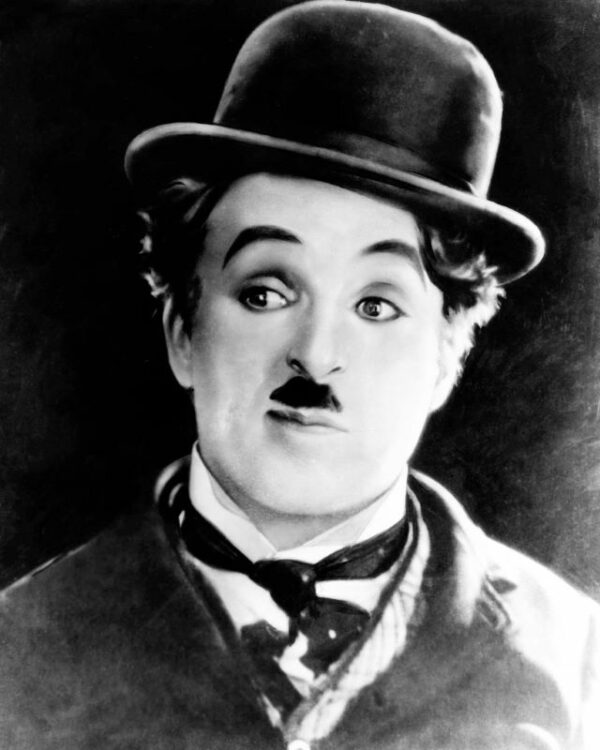 In the 17th Chapter of St. Luke it is written: “The kingdom of God is within man” – not one man nor a group of men, but in all men! In you! You, the people, have the power, the power to create machines, the power to create happiness! You, the people, have the power to make this life free and beautiful, to make this life a wonderful adventure. Then – in the name of democracy – let us use that power – let us all unite! Let us fight for a new world, a decent world that will give men a chance to work, that will give youth a future and old age a security. By the promise of these things, brutes have risen to power. But they lie! They do not fulfill that promise. They never will! 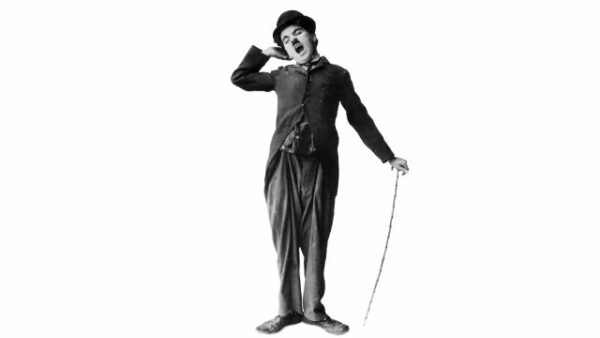 This speech, delivered by the character of the Jewish Barber, was Chaplin’s powerful statement against fascism and for the importance of peace and human rights. It calls for unity among all people, regardless of their background, and for the rejection of hatred and intolerance. It also promotes the idea of the power of the people to create a better world, and the need to fight for democracy, freedom, and equality. Another quote by him is “A man’s true character comes out when he’s drunk.” from the film “City Lights” (1931). In this quote Chaplin is pointing out how alcohol can reveal a person’s true nature, and by extension, how society should not judge people based on their appearance or social status. These are just two examples, but throughout his career, Chaplin used his films to raise awareness of issues such as poverty, war, and social inequality, and to promote the importance of human rights and dignity.

Sir Charles Spencer Chaplin Jr. KBE was an English comic actor, filmmaker, and composer who rose to fame in the era of silent film. He became a worldwide icon through his screen persona, the Tramp, and is considered one of the film industry’s most important figures. Wikipedia 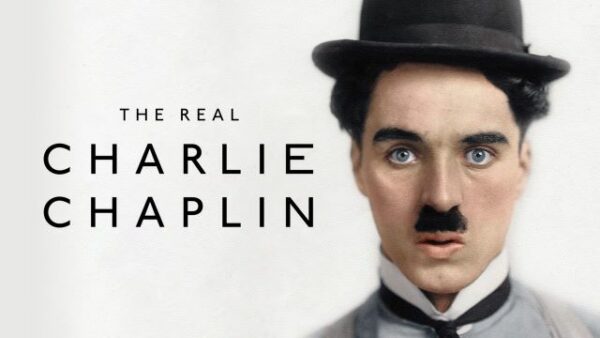