Categories: Everything Webmastery
Comments Off on Stats Fake Science and the Hot Air Principle 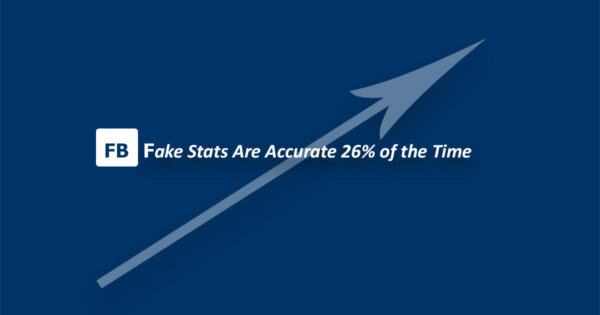 Everyone is Crunching Data, and Big Data, to render Stats, or better said in real English ‘Statistics’ are as far as most people understand, some kind of ‘Proof’ of something, that is ‘/Proved’ by using Data to Present a Positive or Negative result or effect. The Stats which are used so commonly today, which are made by analysts, read by analysts, and presented to people all over the world who don’t even understand how the stats were gathered, in order to convince them of something, that is in principle, ‘Hot Air’, or as we say in Spanish ‘Una Fantasma’  (nothing resembling what it appears to be).This conditions people into believing that opinions or limited data is ‘Fact’. This has an indirect effect on our future Evolution as a special, be it social, ethical or genetic, because of how it is influen cing our society and ethics, and how we interpret and deal with things, based on Crunched Data from so called ‘Expert Analysts’

A good Example would be to quote Time Magazine about Donals Trump’s Tweet about the Puerto Rico Tornado, which used mention of stats, after a second analysis by a George Washington University changed the number of deaths from 60+ to nearly 3000.. now thats a big difference in ‘stats’!!! 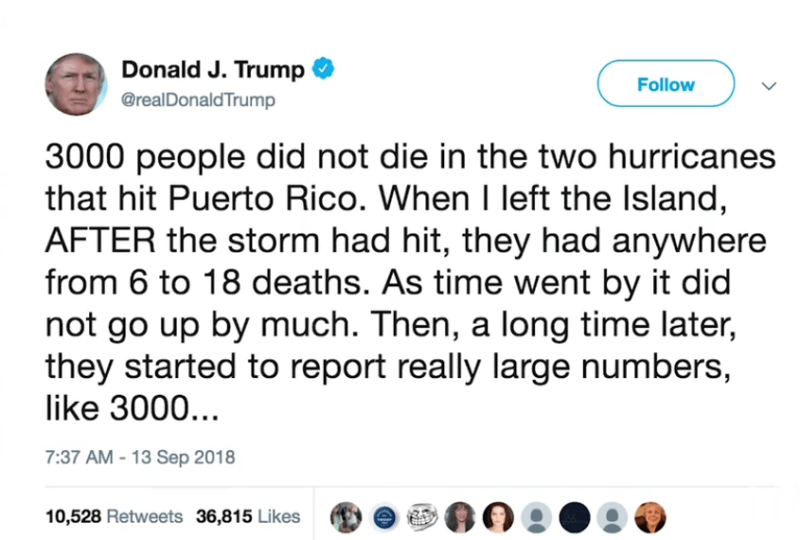 Of course, in this case, the low stats were to avoid having to pay for aid, and to play down the seriosity, and save money. This was because Trump was not clever enough as Obama, who during the Haiti Disaster, set up a money stealing laundering scheme for the soft hearted asking to “dial some number (at lots of cost per sms) to donate 100$ to the storm fund so they can steal it, and give some stats to pretend it actually got used to help people”

Stats could be used to gain more accurate conclusions about things, but unfortunately, due to Human greed, Anger and Ignorance, Stats, are almost always used to cover up things, not reveal things, or to present things in a deceptive way, to sell an idea.

The Haiti Fund was a scam where almost all of the funds were spent by organisations middle men and corrupt officials.. For example, the Red Cross Spent 25 Percent Of Haiti Donations On Internal Expenses  – In general, the Red Cross itself doesn’t know how much money it spent on each project in Haiti because of a “complex, yet inaccurate” accounting system, the report found.

In Search Of The Red Cross’ $500 Million In Haiti Relief

So what is the difference between reality and ‘stats’? A BIG one, i can tell you. Stats are merely hot air that companies sell ideas to rich companies, and advertisers, but never reflect the truth, because, they only take a limited set of questions and parameters into consideration..

As 9999 people in Harlem a 10 question survey, and then go to New England and knock on the Man sion House doors and ask 9999 white people, and you wont get the same answers… so the question ‘what do Americans think about the fact that more black peole get convicted than white people’ would produce different opinions in each group….

As to webstats.. Facebook Pixel uses a method to track arrivals at your shopping cart checkout in online store websites, and will show you stats based on that, if you advertise with Facebook (or Google or whoever). If you advertise, you get a stats page which shows you how many people arrived at the checkout cart.. Facebook once charged me 200$ for 600 checkout arrivals, in an advertsiing campaign in a month when only 60 people bought something, and i knew all of them, (repeat customers), and none of them came from Facebook. Every time i advertised on Facebook, in fact, my monthly earnings dropped to even half of when i do not advertise (which i do not do anymore since then). 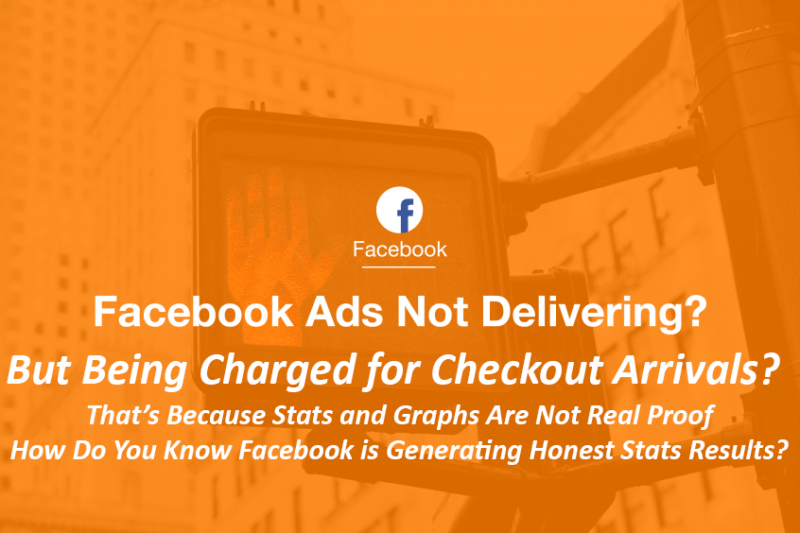 Facebook Ads Are Deceptive to the Advertiser AND the End User

So who were the supposed 600 arrivals at checkout?

The same ‘people’ who caused my VPN server to crash in mid 2018 when i migrated my websites from Bluehost to Dreamhost hosting; Namely ‘BOTS’.

Facebook classes a google bot or a yahoo bot or a bing bot as a person or at least an ‘arrival’ on the website. The 600 checkouts were almost if not ALL Bots scouring the web and every url on my and other people’s websites…  I also asked each customer that month ‘how did you find me’ if they were not old customers, and they all said ‘Google’ So i paid 200$ and Facebook sent me NULL people, and registered 600 google bots, and tells me they sent 600 people to me!

“Smart bots have taken over. Now a bot can process JavaScript (and potentially Google Analytics), in a similar way to a real human’s web browser. And it’s a good thing too: if today’s search engine crawlers could not process JavaScript, much of the human-readable web would be hidden from search engines.” (Luna Metrics).

Stats MY ASS! – to Quote Science Blogs; Numbers don’t lie, but they tell a lot of half-truths. We have been raised to think that numbers represent absolute fact, that in a math class there is one and only one correct answer. But less emphasis is put on the fact that in the real world numbers don’t convey any information without units, or some other frame of reference. The blurring of the line between the number and the quantity has left us vulnerable to the ways in which statistics can deceive us. By poorly defining or incorrectly defining numbers, contemporary audiences can be manipulated into thinking opinions are fact.

I personally like the Thought Experiment from the Fallicy Files Website in its ‘Base Rate Fallicy’ page, which says ;

“Suppose that the rate of disease D is three times higher among homosexuals than among heterosexuals, that is, the percentage of homosexuals who have D is three times the percentage of heterosexuals who have it. Suppose, further, that Pat is diagnosed with the disease, and this is all that you know about Pat. In particular, you don’t know anything else about Pat’s sexual orientation; in fact, you don’t even know whether Pat is male or female. What is the likelihood that Pat is homosexual?”

85% of Statistics are False or Misleading

Example of False Information by Paid Bloggers to disseminate viral trending beliefs (Fake News), and promote the use of chatbots (which are dumb, and a pain in the ass, but whose developers are paying bloggers to convince big companies and businesses they need to pay for such services

List of services that conttribute to creating false beliefs and trends through paid blogging, which is used by rich companies like Facebook, Instagram, and Top Infuential news websites and Blog (Taken in 2017 from Forbes study)

Forbes published a list of ten of the highest earning blogs in the world: