The Power of Prayer

Categories: Ashram Talks Everything
Comments Off on The Power of Prayer 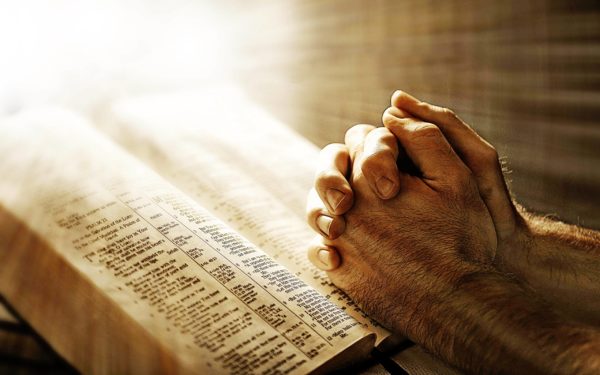 Prayer, and the Power of Prayer, can be Effective, or Pointless, depending on how it is applied, and how oneself applies oneself to allowing one’s prayers to manifest. Let us take a Prayer as an example for me to analyse and comment on, to make my point more easy to see. In this case, a Christian Prayer from St Francis of Assisi;

O Divine Master , grant that I may not so much seek to be consoled as to console ;
to be understood as to understand ;
to be loved as to love ;
For it is in giving that we receive ;
it is in pardoning that we are pardoned ;
it is in dying that we are born again to eternal life .”

A nice prayer (but wishful thinking).. however, prayers are for people who are not prepared to make the effort to change.. the lord wont make you patient or forgiving or generous or merciful.. only you will. The Lord may wish you to be.. but Free will dictates that it is You yourself, who must make the efforts and reach the necessary understanding, to become an angelic mind, and only with an angelic mind, can one enter the pearly gates.. after all, heaven is a pure place isn’t it? Hence, if Heavenly Abodes are Pure Places, they only have pure beings in them. Therefore only pure beings can enter…. Some Realms are Purer than Others, as one will discover by ascension process throughout eternity, but even the lower realms such as the Astral Plane, require a minimum degree of innocence and absence of malevolence, and to be already mentally and motivated through being  ‘in the spirit’

So purify yourself, it will work better than praying…

Praying is like buying lottery tickets.. in fact, you have more chance of getting something out of a lottery ticket, than you will get from praying without changing yourself However, having said this, ‘Athithaan‘ in Thai means ‘to pray’, or cultivate the deep wish (and willpower), to manifest one’s desires.

When i was preparing to Ordain as a Bhikkhu (Buddhist Monk), i was told to pray and pray and pray for the chance to become a Monk, and indeed, the repeated praying developed a higher and more serious attitude and stronger resolve to become one.

This also helped to develop the bases of attitude (Dhitti), needed to become a person deserving of Ordination. So Prayer does have its place and importance as a practice, when performed with wisdom, but not blind faith, and when accompanied by personal efforts to change, and to manifest what one is praying for.

In Buddhism, which is just one way of looking at things, there are four kinds of persons who have begun the unstoppable process of purification of defilement within, the first being the Sotapanna

The Below Video shows a very young girl who is still a young child, asking questions which reveal her own deep understanding, far superior to many adults who profess to be Pundits, and receives some answers which may help you to understand what self purification entails.

A Sotāpanna means ‘stream enterer’, and refers to someone who has entered an unstoppable process of introspective self development and purification and ‘eye-opening’ insights, which can never be stopped again, rather like the turning of the wheel of the Dhamma.. or a snowball, which once it begins to roll, never stops, and just keeps growing and growing. A stream enterer will attain the final stage of the path, and will never leave this streamflow which leads to that which Humans call ‘Enlightenment’ which is in truth, is merely the process of reawakening to the true nature of all things in existence, living and not living, and the cessation of all the causes of suffering and rebirth in Material Realms. Celestial Realms of Mind and Spirit, are not Nibbana, and the denizens of these realms are still subject to the law of impermanence, dissatisfactoriness, and not selfness, but have an existence which has much more comfort and less sufferings than the Human Realms. My Comment on the Header Picture Caption; Praying Hands on a Holy Book. A Very Human Phenomena, based in Hopes and Fears, and the feeling of Helplessness. Some Turn to Prayer, others to Magic, and a very few, choose the path of self introspection, self honesty and self transformation through efforts of renunciation of false views and clinging to impermanent things.